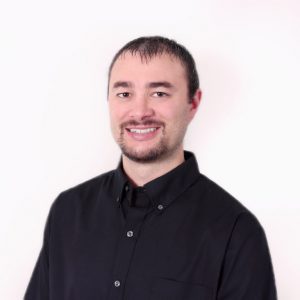 Blake Barney has been in the counseling field for over 9 years. He has received numerous certifications and worked with a variety of clients, making him a well-rounded therapist.  He began his counseling career working with children who had experienced a traumatic event. After finishing his first Master’s degree in Addiction Counseling, he began providing substance abuse counseling to adolescents and adults in the state of Idaho. In 2014, he moved to Arizona and began providing substance abuse and addiction counseling for adolescent females in a residential setting. After completing his second Master’s degree in Licensed Professional Counseling, he began treating clients with co-occurring disorders. Mr. Barney worked at the Arizona State Prison for 3 years as a therapist and joined the PCS team in 2017. He is dedicated to treating individuals with sexual behavior problems toward the goal of a society with “no more victims.” He brings his specialized knowledge and experience with co-occurring disorders and addictions to his work at PCS.

As a counselor, Mr. Barney’s motto is to “help you help yourself.” He strongly believes with the proper tools a person can learn to manage, and eventually overcome, the issues they are facing. He places an emphasis on effective problem-solving and implementation of positive behaviors to replace negative or self-defeating behaviors. Mr. Barney believes the process of treatment should help clients build a strong internal motivation for change that will lead to healthier lifestyle. His goal is for each client to become the best version of themselves.